Taking the audience on a musical journey around the world, English instrumental duo The Hut People (Sam Pirt and Gary Hammond) have over the last four years proved to be one of the most unique, entertaining and best-loved acts on the UK folk scene today.

Mixing global rhythms with folk tunes from Quebec to Spain, Scandinavia to Sussex and everywhere in between, this is a quirky celebration of our rich musical heritage – and it works so well!

This is a show like nothing you’ve ever seen before – expect feel-good dancing tunes, audience participation, step dancing, Quebecois foot-percussion (whilst playing the accordion!) and humour aplenty.

With 2017 already looking to be their biggest year to date, don’t miss this fantastic duo! 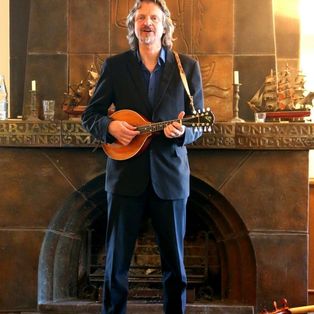 Born of a Scottish mother and an English father, Cooper grew up in England and started to play in bands when he was 16. Moving between rock, punk, pop and world music, and working as a singer, bass guitar player and cellist, he finally hooked up with Oysterband in 1988 and began a long exploration into his own roots. Moving to Sweden in 2000, Cooper continued playing with Oysterband, eventually touring in 27 countries and recording 19 albums. In 2012 they won 3 awards from BBC Radio 2 Folk Awards for best group, best album and best traditional track and were dubbed by fROOTS magazine as one of the 3 ‘Icons Of Folk’. Despite their success, Cooper took the decision to leave the band and go solo in February 2013 and has since been touring Europe extensively.

Tales of Love War and Death by Hanging has a strongly historical theme and was recorded in a small log cabin in Sweden. The sound is simple but at times evokes a much bigger scale. Citing influences such as T-Bone Burnett, Ennio Morricone, Johnny Cash and June Tabor, Cooper plays cello, guitar, harmonium, mandolin, mandola, harmonica and kantele to accompany his songs.

Palace of Tears is more of a singer-songwriter album but retains a distinct Nordic flavour with the inclusion of Swedish fiddles and the Finnish kantele which runs like a seam throughout the album.

“Like its predecessor, Palace Of Tears is a mighty sounding record, one which audibly means business right from the outset” 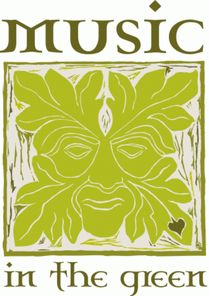