Tonight’s Buzz Club headliner is Karen Bayley, a Midlands based act hailing from Birmingham. Karen has been on the circuit for over a decade, making a name for herself early on in her career by reaching the semi-final of the prestigious BBC New Comedy Awards, and was later crowned the winner of the 2001 Komedia New Act prize. 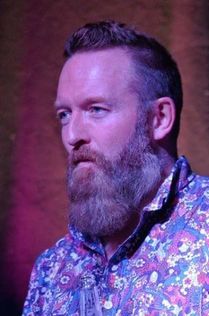 Rob Mitchell performed his first set as part of the 'New Comedians' night at the Liverpool Comedy Festival in Autumn 2014. The following week he won his first Gong show with Funhouse comedy and hasn’t looked back since. In 2015 Rob came second in Liverpool’s Hot Water comedy ‘New Act of the Year’ Final, as well as competing in Funhouse Comedy’s Champions Gong Final. 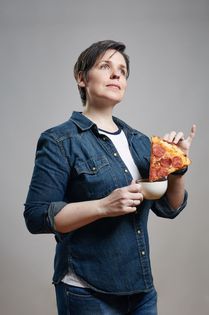 An American comic now in Manchester, Kate McCabe has been warmly received by audiences all over the UK. A likeable blend of the observational and the ridiculous, she has recently progressed to headlining smaller gigs and some MC work. 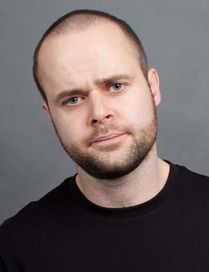 Tonight's compere is Pete Phillipson. Mixing fast paced observations and routines with wonderful characterisations Pete wears his comedy heart on his sleeve, leaving the audience in hysterics at his misfortunes and frustrations with the minutiae of everyday life.