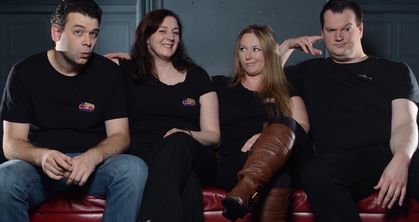 Tonight's Club headliner is Discount Comedy Checkout, a 'brilliant Improv group who, led by the audience, took us on a train journey through different film genres with some hilarious results,' according to Lytham Life and Style. 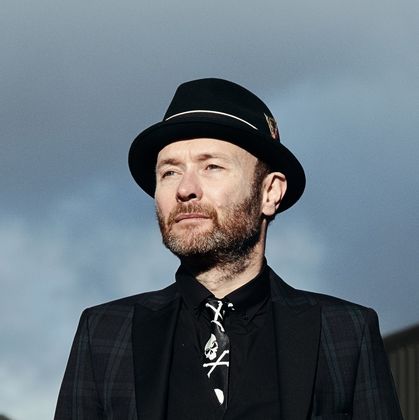 Clad in a sartorially edifying bespoke manner, like a dapper and dandy funeral director, Anthony cuts a unique on-stage presence with humour blacker than a raven that has slammed its claw in a coffin lid. The overall effect is both perversely hypnotic and wholly original, leaving the audience zealously hanging on to every syllable like turncoat lemmings on a rock-face. 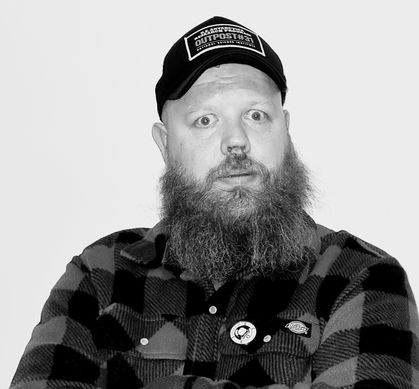 Our opener this evening is Tom King. Tom was born funny, literally, he came out with a sugar loaf skull and the cord wrapped round his neck looking like Jabba the Hutt’s right hand man Bib Fortuna (google it). Tom immediately decided that comedy cosplay was not his thing and gave up comedy for 36 years until the bug bit him again. 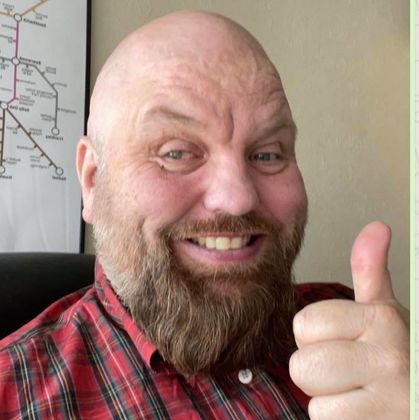 Tonight's compere is Ryan Gough, a stand-up comedian who hails from the dodgy 'drive-by-shooting' area of Birmingham. Far from being eye candy – he is 6 foot 5 inches tall with a shaved head and is usually cast in thuggish roles – indeed he will not be presenting any kids programmes or auditioning for any boy bands in the near future.