Reynaldo Hahn’s homage to French operetta is a captivating concoction of charming melodies, a tender, touching love story, and a celebration of everything that one associates with Paris of the Belle Époque.

Best known as a composer of beautiful French chansons, Hahn achieved great success with his few operettas, and none is more deliciously tuneful than Ciboulette. It tells of the improbable romance between an ebulliently spirited farm girl and a feckless young Parisian roué. The love affair is guided by a guardian angel, and an older man (someone we have met before in another well- known opera) who reveals a surprising past. Along the way we meet a host of memorable eccentric characters before the path of true love finds its happy end in a waltz song that you will hum all the way home from the theatre.

Soprano Soraya Mafi returns to Buxton in the role of Ciboulette. Soraya is a Harewood Artist at the English National Opera and performs internationally. She won the 2014 Maggie Teyte Prize and the 2016 Susan Chilcott Award.

Lesley Garrett returns to Buxton, where she began her illustrious career.

Sung in English with side-titles.

Thanks to The Broderers’ Charity Trust for their support towards the costumes. 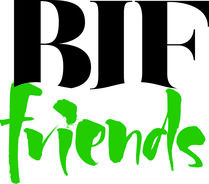