Thomas Cromwell is one of the most famous – or notorious – figures in English history. 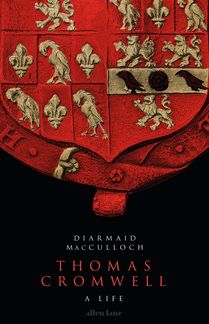 Born in obscurity in Putney, he became a fixer for Cardinal Wolsey in the 1520s. After Wolsey’s fall, Henry VIII promoted Cromwell to a series of ever-greater offices, and by the end of the 1530s he was effectively running the country for the King. Sir Diarmaid MacCulloch FBA is an award-winning writer and broadcaster and Professor of the History of the Church at Oxford University. His book Thomas Cromwell has garnered glittering reviews.