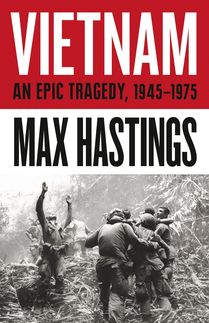 First of reporting in 1967–68 from the US, where he encountered many of the war’s decision-makers, then of successive assignments in Indochina for newspapers and the BBC; he rode a helicopter out of the US Saigon embassy compound during the 1975 final evacuation. Max is the author of 26 books which alongside his journalism have won numerous prizes. Max describes his book on Vietnam as ‘the one that has perhaps struck the deepest chord in my own experience and emotions. Though I am not an American, that war was etched into my life and memories, part of a generational trauma.’