Stripping his songs back to their purest form, Newton will be out there solo, just him, his acoustic guitars, and his voice.

“On the forthcoming UK tour I’ll be focusing on the songs that work best with just a vocal and guitar part and no musical multitasking or loops says Newton. I’m sure there are some big songs I have never thought of stripping back, but the ones I can’t wait to play are Longshot Against The Grain, I'm Not Giving Up Yet, Never Alone, Been Here Before, Waiting On You and obviously Feels Like Home. Most of these songs I very rarely play on tour!”

After the mystery cloaked ventures of recent times, Faulkner’s new ethos of ‘no secrets’ promises open lines of communications as his boldest plans to date unfold. “After the last tour which was an immensely complicated setup, like flying a musical helicopter this one will be really stripped back and minimal, like how I started. There’s definitely a power to that.”

Special guest for this performance is Sam Richardson.

After being hand-picked by Michael Eavis himself to support Wolf Alice and the legendary Supergrass - on their 25th anniversary show, to a sold out  crowd - Sam Richardson and his band, The Renegades, were entrusted with the task of opening the 50,000 capacity Main Stage at Boardmasters 2021.

Sam hails from the rugged north coast of Cornwall. His live show evokes the timeless power of Bruce Springsteen’s E Street Band and Tom Petty’s Heartbreakers with songwriting built for the modern era. 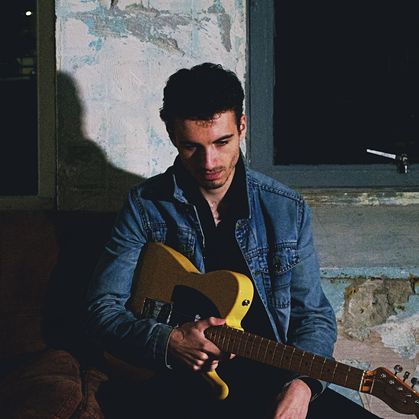 VIP Meet & Greet, 5pm
Become a VIP ticket holder and have access to the best available seats in the theatre, along with a VIP Meet & Greet prior to the performance with Newton and a signed souvenir package.
VIP Tickets: £65.50