The Case of the Frightened Lady

When Inspector Tanner is called in to investigate a ruthless murder at Mark’s Priory, the grand ancestral home of the Lebanon family, he quickly discovers that nothing is quite as it seems.

The household is controlled by the family physician, the footmen behave more like guests than servants and the secretary Isla is afraid for her life. As Tanner moves closer to the heart of the mystery he uncovers a shocking and closely guarded secret…

Building on the phenomenal decade long success of The Agatha Christie Company, which sold over two million tickets around the UK, comes a new thrilling chapter. Following this year’s acclaimed production of Ruth Rendell’s A Judgement in Stone, the Classic Thriller Company returns with a brand new adaption from the legendary “King of the detective thriller” Edgar Wallace - the brains behind one of the most iconic films of all time, King Kong.

Widely recognised as the most popular writer of the early 20th century, Edgar Wallace’s gripping page-turners are regarded as the bedrock of the modern thriller and The Case of the Frightened Lady remains one of his most celebrated works. Adapted for film several times, this is your chance to catch this chilling, captivating and complex thriller live on stage…

“A masterpiece of chilling stage noir... Not to be missed.” 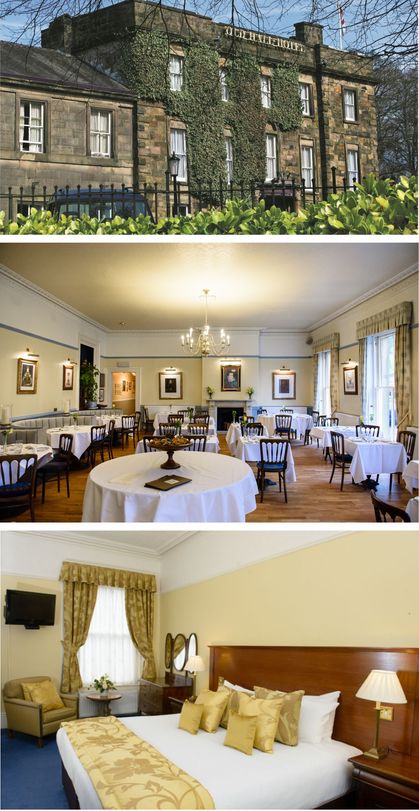 Enjoy a 2-course meal, theatre tickets and an overnight stay at the Old Hall Hotel.

The Old Hall Hotel in Buxton is offering a special theatre package for each of the evening performances from just £179.00 for two guests.

The Case of the Frightened Lady theatre package includes:

For more information about the theatre package click here. (This link will take you away from the Buxton Opera House website).

To book The Case of the Frightened Lady theatre package please call the Old Hall Hotel reception on 01298 22841.