From the producers of the Banff Film Festival tour in the UK comes a collection of heartwarming short films about dogs and their people.

Following its sellout success internationally, the tour is coming to the UK for the first time featuring dogs from all walks of life on the big screen. Meet four-legged heroes, unbreakable bonds and canine companions that enrich the lives of all those they encounter!

The Top Dog Film Festival presents a cinematic celebration honouring the bond between dogs and their people. This carefully curated programme of canine-themed films is comprised of the most inspirational and entertaining stories about dogs and their human companions, from independent filmmakers around the globe. See the full programme below.

Find out more at: www.topdogfilmfestival.co.uk 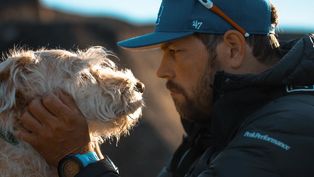 Arthur - 23 minutes
Heading into the Adventure Racing World Championships, Team Peak Performance for Sweden was one of the best squads. The course spanned 700km, reaching about 15,000 feet in elevation and spanning 13 different climate zones across Ecuador. On Day 4 of the race, the team reached a transition area, ready to change disciplines from biking to trekking. Just a few hours behind the leaders - close in race terms - the team's course would suddenly change. A then-unnamed stray dog approached them. The animal was in poor condition, severely injured with a large wound on its back. This chance encounter led to a 10,400 km journey for one dog to join a team and find a home. 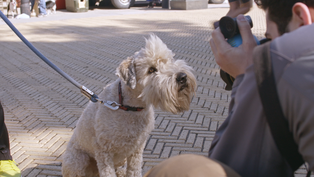 The Dogist - 6 minutes
The Dogist, otherwise known as Elias Weiss Friedman has acquired a dizzying 3.2 million followers on Instagram. @thedogist’s extremely popular photo-documentary series of dogs around New York City and the world, capture the personalities of dogs he meets on the streets and on his travels. Besides his camera, his other official equipment includes a squeaky tennis ball and treats. He can also imitate with frightening accuracy three different barking noises, a skill he learned from his veterinarian aunt. Fortunately for him, New York City is a place you can walk down the street barking and receive little to no attention. 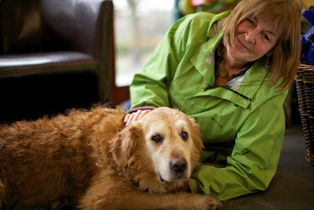 For The Love of Dog - 9 minutes
Why are dogs called man’s best friend? Filmed across parks in London, For The Love of Dog explores the age-old relationship with hilarious, heart-warming and sometimes very unexpected results. A tribute to our furry friends as told by their devoted owners and a fascinating glimpse into the incredible friendships between human and hound. 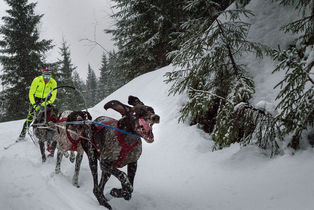 Dog Power - 25 minutes
Get a rare view into the world of dog-powered sports and the special bond that forms between dogs and their humans as they live, work and play together. Wannabe musher Kale Casey buys an eight-week-old Siberian Husky puppy called Misty, determined to become a world champion canicross and skijor racer. It soon becomes clear that Misty has other ideas… but by this stage Kale is fascinated by the diverse group of dogs and humans who train, play and race together in the ultimate manifestation of the human/animal bond. You will never look at your household pooch the same way again! 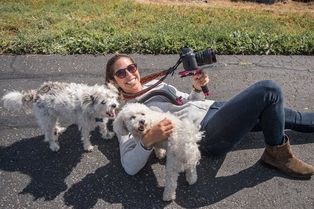 Love Unleashed - 12 minutes
Explore the deep emotional bond between people and their older dogs with an equal mix of laugher and tears. Through a series of honest and poignant interviews, this film offers a glimpse into the unique and powerful relationships that people share with their companions as they reflect on what it means to love unconditionally. 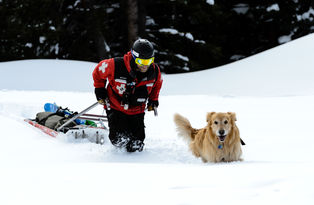 Henry's Legacy - 5 minutes
Meet Henry, Vail Ski Resort’s first avalanche rescue dog. He’s cute, affectionate, and a hero in case of emergency. Avalanche dogs can help increase rescue response times with their keen noses. Having served 11 years and saved numerous lives with handler Chris “Mongo” Reeder, Henry is definitely a 4-legged hero. Since its launch, the program has grown, enhancing the safety of visitors and the cuteness of the Ski Patrol hut. 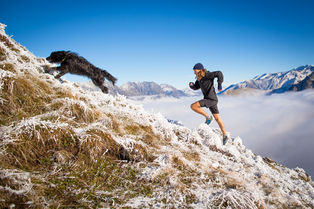 Trail Dog - 5 minutes
In the small village of La Motte-d'Aveillans in the South East of France we meet Gaëtan Ugnon-Fleury and his dogs, Pépite and Jolyn, who remind us of some simple lessons that we often forget in the rush of life. Trail Dog is an ode to the beauty and happiness that can be found in the simplest of things - friendship. 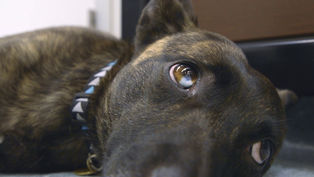 Adoption Pending - 10 minutes
This heart-warming Australian short film follows the story of George, a 2 year old staffy cross husky, who is surrendered to an adoption home after not co-operating with the other family dog. George struggles to adapt to the new environment, showing signs of stress and separation anxiety. Will he find happiness and his forever home? 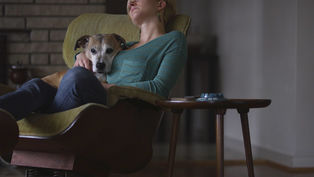 Downward Dog - 12 minutes
Downward Dog comedically explores what might be going through a dog’s mind and what he would say if he were able to speak. We join Martin, a philosophical stay at home dog as he ponders the complexities of life, and his owner Nan.