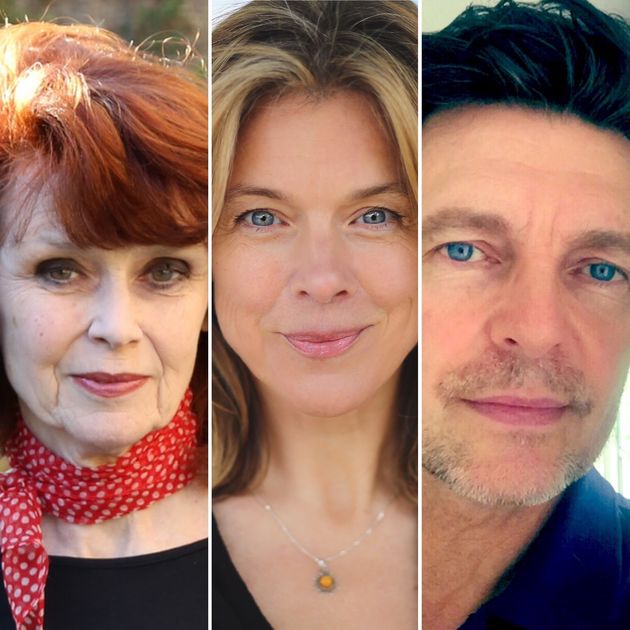 Excitement builds at Buxton Opera House and Buxton International Festival as they announce the full cast of their much anticipated co-production of Stephen Sondheim’s A Little Night Music.

The musical launches on 8 July, marking both the start of this year’s Buxton International Festival and the grand re-opening of Buxton Opera House.

Director and Chief Executive of Buxton Opera House Paul Kerryson said: "I am thrilled that Buxton International Festival and Buxton Opera House are joining their considerable forces to create a new production of Stephen Sondheim's and Hugh Wheeler’s fabulous A Little Night Music with such a prestigious and talented cast.”

The role of Desiree Armfeldt will be played by multi-award-winning actor Janie Dee, winner of the best actress Olivier Award, Critics’ Circle Award and Evening Standard Award for her starring role in Alan Ayckbourn's play Comic Potential. Her role as Phyllis Rogers Stone in Stephen Sondheim's Follies at the Royal National Theatre earned nominations for both Olivier and Evening Standard awards. Janie starred in Blithe Spirit with Angela Lansbury and has just played Diane in the new musical Am-Dram at Leicester Curve.

David Leonard will play the role of lawyer Fredrik Egerman. David is one of Britain's most established actors, recently playing Miss Trunchbull in the Royal Shakespeare Theatre's London production of Matilda. He appeared in the Royal National Theatre's production of The Pitmen Painters as Robert Lyon, and as Billy Flynn in Chicago at Leicester Curve. He also played Anthony Blunt in Alan Bennett's acclaimed play Single Spies.

Joining Janie Dee and David Leonard is Daniella Sicari in the role of Anne Egerman. Frederik’s trophy wife.  Daniella completed her studies at the Royal Northern College of Music where her roles included Despina in Così fan Tutte and Lady Ellington in La Vie Parisienne. She has previously appeared at Buxton International Festival as Sticks in the premiere of Allan Stephenson’s The Orphans of Koombu.

Gabrielle Drake plays Madame Armfeldt. Her West End appearances include Mrs Erlynne in Lady Windemere’s Fan by Oscar Wilde and Belinda in Michael Frayn’s Noises Off. She has appeared in many productions at The Royal Exchange Theatre, Manchester, and starred in Paul Kerryson’s productions of The White Devil and Hay Fever in Leicester. Television appearances include The Inspector Lynley Mysteries, and the cult science fiction series UFO. She has written and co-compiled a book on her brother, singer-songwriter Nick Drake.

Sarah Ingram appears as Countess Charlotte Malcolm. Sarah has starred in both Sweeney Todd and Follies, along with her other musical credits of Chicago, and Oklahoma!.

Tim Walton takes on the role of Count Carl-Magnus Malcolm. Tim is no stranger to Buxton Opera House, having performed regularly in the Gilbert & Sullivan Festival. He has also appeared in Mamma Mia! (UK Tour), and played Jimmy Powers in City of Angels.

Matthew McKinney appears in the role of Henrik Egerman. In 2020 he sang as a chorister with the New Generation Festival in their production of La Cenerentola at the Palazzo Corsini in Florence. Matthew is also the recipient of the John Mather Rising Star scholarship and Help Musicians (Ian Fleming) award.

Molly Lynch takes the role of Petra. Molly made her professional debut in the West End in ENO's production of Sweeney Todd. Recently Molly appeared in The Light in The Piazza and will soon reprise her starring role in The Last Five Years at London’s Vaudeville Theatre.

Julia Mariko Smith will play Fredrika Armfeldt. In 2020 she covered and performed Barbarina (The Marriage of Figaro) for Opera North and appeared as Fairy Godmother in their filmed Whistle Stop Opera: Cinderella.

Note to editors - Paul Kerryson is currently CEO at Buxton Opera House and was previously artistic director of both Curve and Haymarket theatres in Leicester where he directed numerous productions. Musical credits include Adam Guettel's The Light in The Piazza, Stephen Sondheim's Merrily We Roll Along, Pacific Overtures, and Sweeney Todd, Kander and Ebb's Chicago and The Rink. He also directed Jerry Herman's Hello Dolly! and Rodgers and Hammerstein's The King and I, both starring Janie Dee. Kerryson has also directed many plays by Martin McDonagh, Oscar Wilde, and Frank McGuinness.