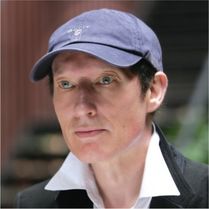 Paul has many years of executive leadership experience and has received numerous accolades for his services to the theatre Industry. In 2015 Paul was awarded an MBE at the New Year’s Honours; he is an honorary doctorate from De Montfort University and was named one of the industry’s ‘100 most influential people of 2015’ by The Stage newspaper. Paul also received the UK Theatre Award for Outstanding Contribution to British Theatre in 2014.

Paul was appointed Artistic Director of Leicester Theatre Trust from 1991, guiding the artistic vision for the capital project that resulted in the creation of Curve, a totally inclusive theatre that was opened by Queen Elizabeth II in 2008.

During the following years at the Curve, he was credited for introducing a programme of community engagement – one of the first of its kind to reach thousands of participants with a diverse range of activities.

Paul was also responsible for many of the city’s biggest and most successful shows, attracting world famous artists and producers to the theatre including Akram Khan, Cameron Mackintosh, Emma Rice, Matthew Bourne and Stephen Sondheim.

Throughout his time at the Curve Paul also self-directed many highly successful productions of both plays and musicals, including The Pillowman and The Lieutenant of Inishmore by Martin McDonagh, The King and I, which sold out on a national tour, Gypsy, 42nd Street and Chicago which was nominated for a UK Theatre award for Best Musical.